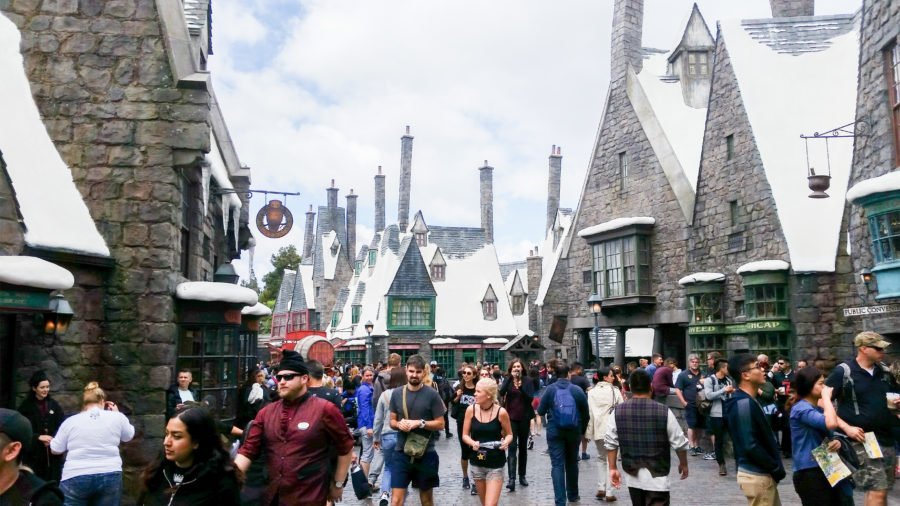 Universal goin’ up on a Tuesday

Last week, I made a trip to Universal Studios to celebrate my boyfriend’s birthday which happened to land on a Tuesday.  I checked the weather in LA the day before and the forecast called for rain in the morning; having already requested my time off from work, we decided to move forward with the day trip and I’m so glad we did because everything worked out great!  It was cloudy and gloomy in the morning but no rain.  The clouds seemed to have gone away within an hour of being there and the weather was perfect, not too hot, not too cold, with just a light breeze; perfect for walking around all day at an amusement park.

The forecast of potential rain and the fact that it was a random day of the week seemed to have scared away a lot of the usual amusement park crowd.  The lines mostly consisted of however long it would take you to walk through the line and not much more.  We didn’t have to wait more than 15 minutes for any of the rides…the way amusement parks should be!

I love Universal Studios and would choose it over Disneyland any day (no offense Disney Fans).  The food at Universal Studios is way better (taste, quality, and variety) and less expensive than Disneyland.   They had a fried chicken spot that sold chicken and waffle sandwiches!  That’s pretty fancy for an amusement park fast food spot!  The wait times for rides are way shorter.  Alcohol is allowed throughout Universal Studios Hollywood and there are bars everywhere!  Plus, you aren’t confined to certain alcohol-drinking only areas of the park.  Disneyland does not sell alcohol except at the super exclusive Club 33 and California Adventures.  Every aspect of Universal Studios is way more themed out than Disneyland, even down to the waiting areas for rides.  As you walk through the line to the “Harry Potter and the Forbidden Journey” ride, you walk through a replica of the classrooms and corridors of Hogwarts, the portraits talk and move, and there’s even a hologram of Potter and the gang! 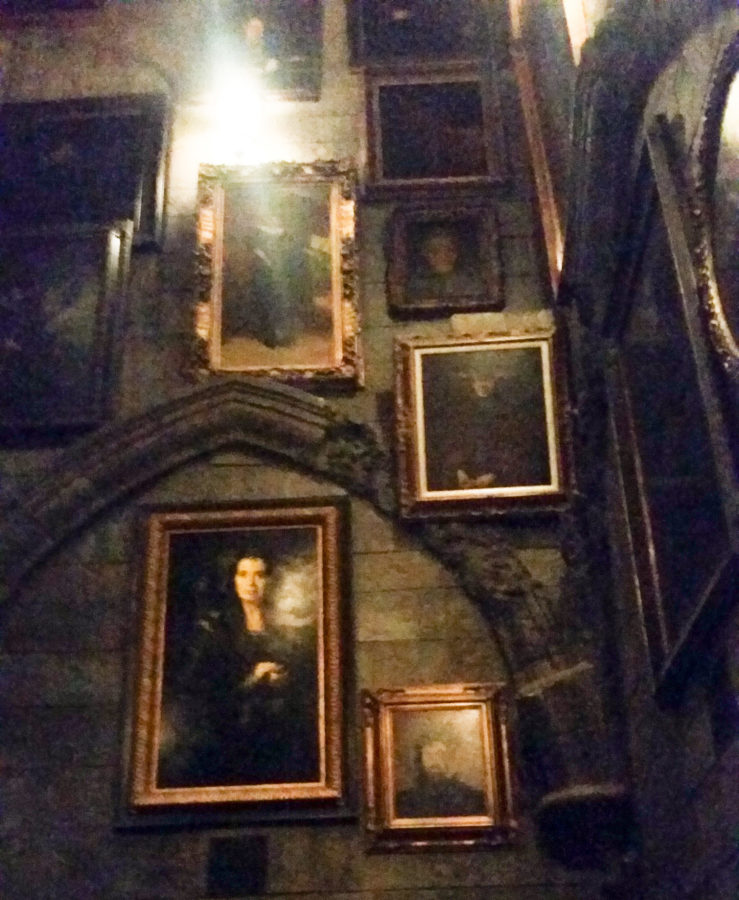 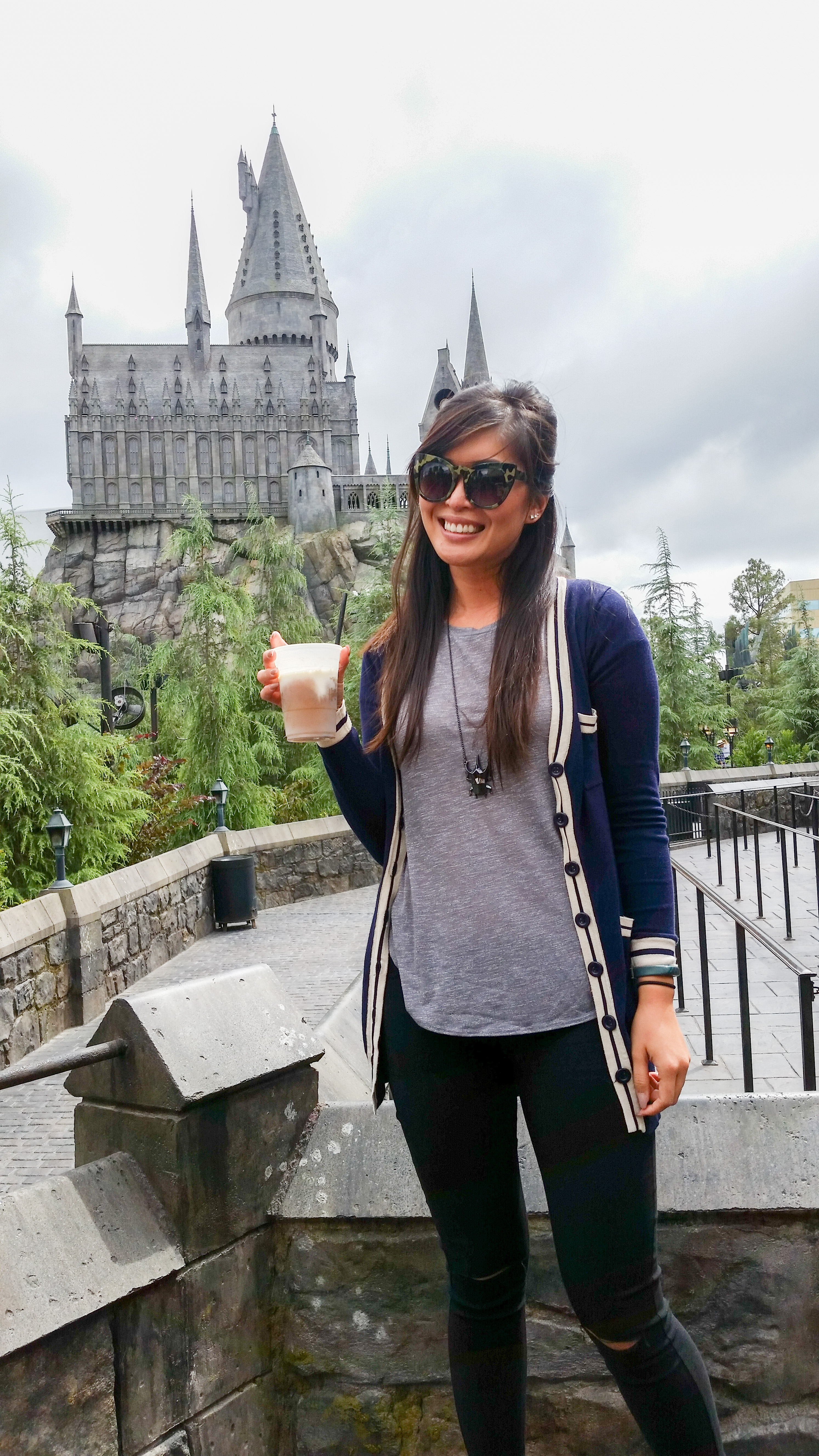 I finally got to try some frozen butter beer!  It was very tasty and very sweet.  Best way to describe it would be a butterscotch eggnog slushie.  Sip with caution as brainfreeze may occur 😉 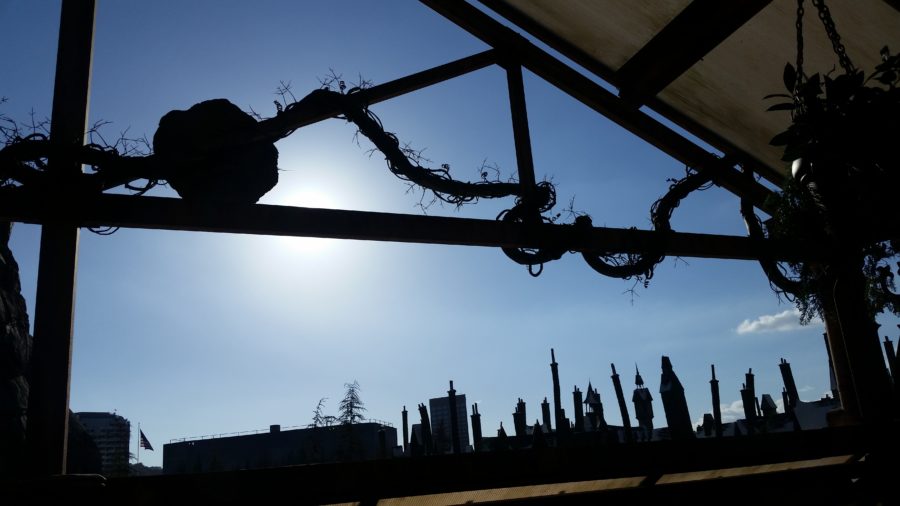 View of Hogsmeade Rooftops from the ride line. 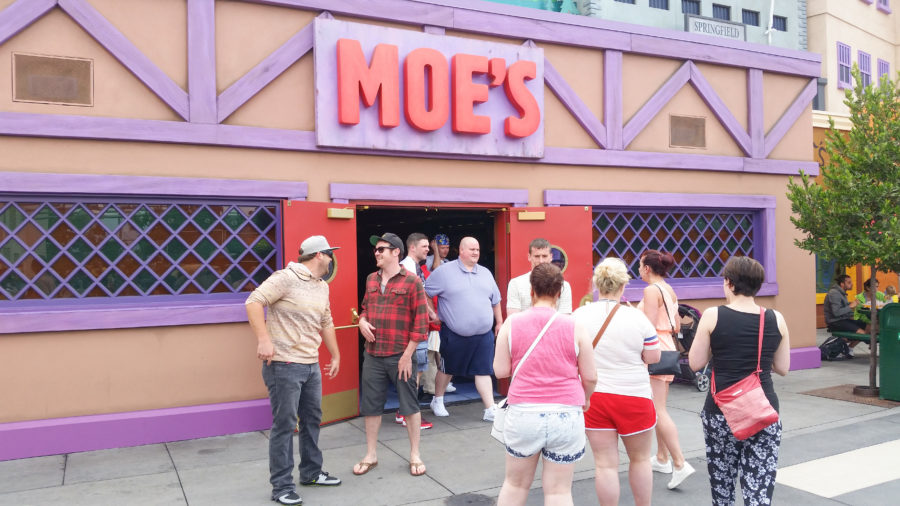 Springfield was AWESOME!  All Simpsons, All the Time.  As you walked through Springfield, you can spot iconic Simpsons sites such as the Kwik-E-Mart and Moe’s Tavern.  They even sold Duff beer and had the Simpsons playing on TV, it was so nostalgic and really made you feel like a kid again. 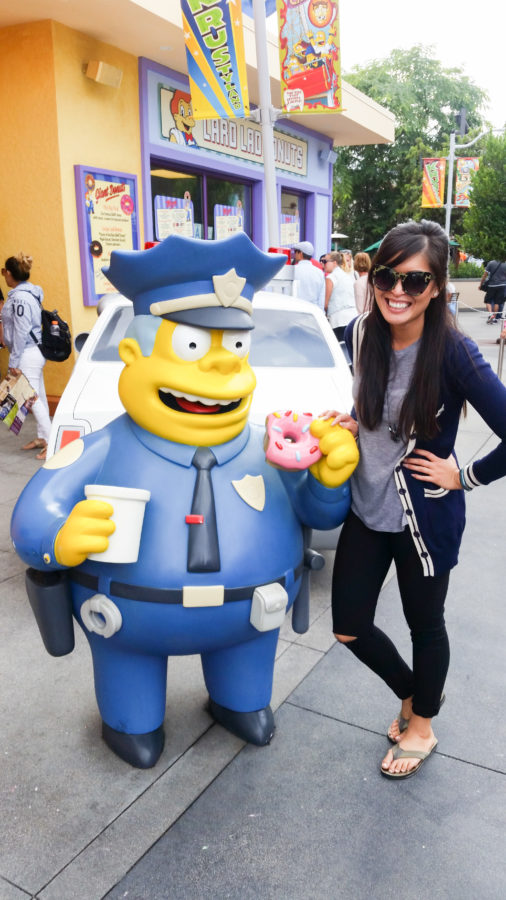 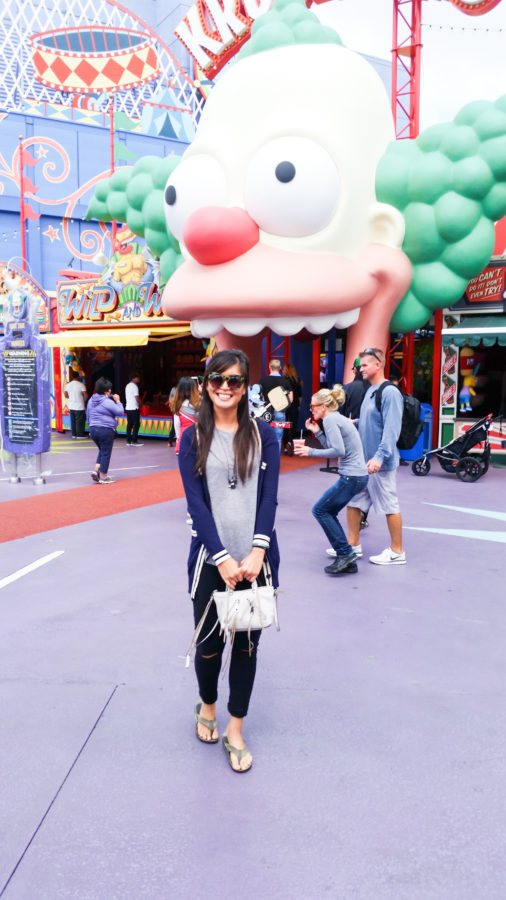 The Simpson’s ride at Krustyland 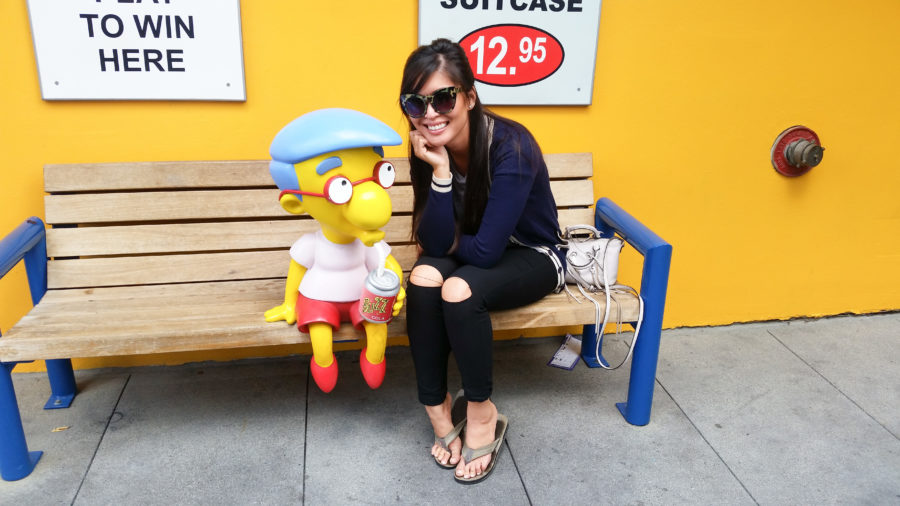 I had a great time at Universal Studios Hollywood and can’t wait to go back again on a Tuesday, Wednesday, or Thursday.  Mondays and Fridays, although still during the workweek would still be busier since people are more likely to request those days off to extend their weekend as opposed to a random day during the week.  Oh and if you check the weather forecast and there are very low chances of rain, try to go on those dates because the threat of rain will deter even more people from going to the park which would result in faster wait times and less crowds, all pluses in my book! 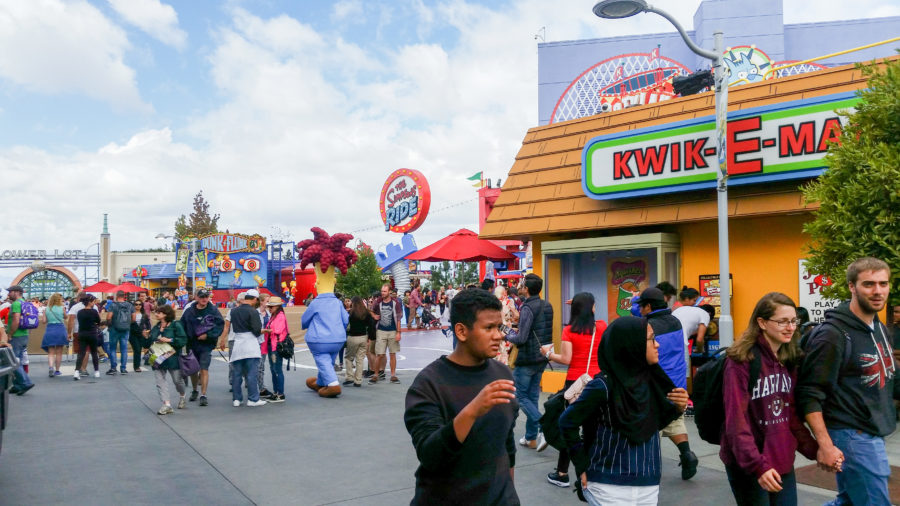